Hi there. I’m getting some interesting results trying to engrave rubber stamps, and I’ve seen a few other posts here about this but without real resolution.

When engraving with ramps in bi-directional mode it creates ghost images on either side of the the objects, as seen on the left test piece below. I measured these with vernier calipers and they seem to be off by exactly my offset at that speed, whereas the objects themselves are where they should be, so I’m hypothesising that perhaps the ramps are ignoring the offset adjustments.

When turning off bi-directional scanning the objects and ramps seem to be happy together, however now the whole engrave is offset to the cut layer as seen on the test on the right. Not sure if this is related or separate issue.

The other problem I’m having with the ramps is that it is adding ramps to the inside of the border of the engraving area as well as the objects which you can see in the preview window by the lighter shade/lower power around the edge. Is there a way to stop this as I have to cut this away afterwards, or oversize the engrave area outside the cutting square to remove it.

I’m running 0.9.07 but I just did a quick check of the recent update notes and I didn’t see mention of these topics, although I did see that flood fill had a fix to respect offsets, so perhaps this is a similar issue to that?

Both this issues I can work around by using single-direction scanning and over-sizing the engrave area but obviously this is much slower than bi-directional scanning which would be ideal. Any help would be appreciated, thanks. 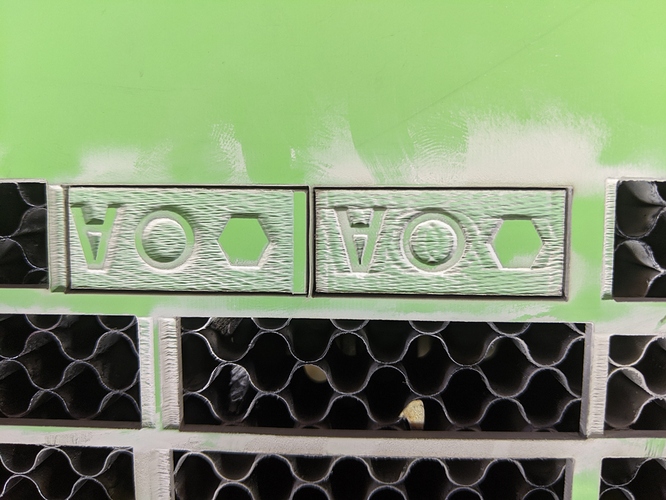 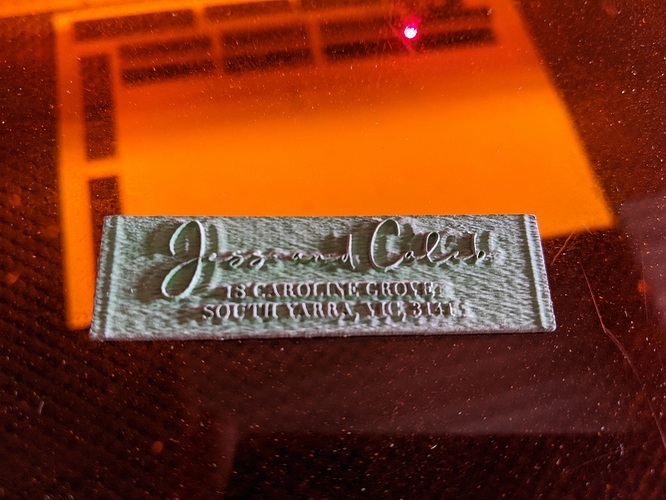 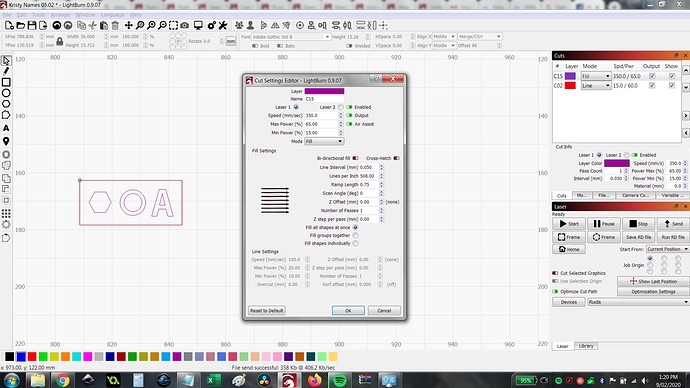 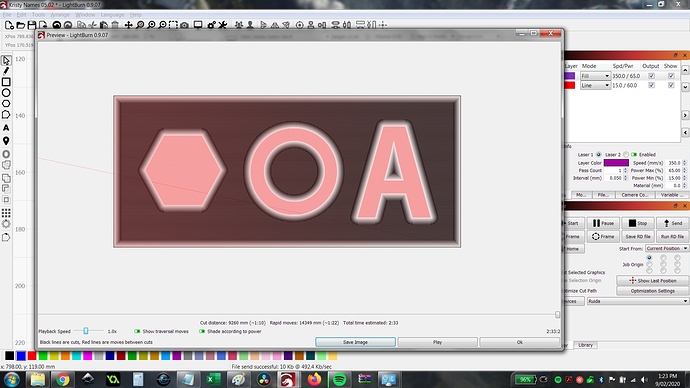 0.9.08 / 0.9.09 fixed several issues with rasterzation, including making the scanning offsets work with both flood fill and ramp mode. If you update, the offsets should be fixed.

Ramp mode currently affects all edges in the job, but I could likely make it ignore the outer edges.