Has anyone seen this issue, it appeared when I upgraded to the newest lightburn version so I presumed it was possible the file was corrupted, after much testing and playing around it appears not to be lightburn from what i can tell.

The laser works fine in line mode, its only rastering the issue appears and intermittently could be 2 minutes in, could be 10…

The laser homes correctly, knows where it is and engraves at the right spot to start - it then “pauses”, “beeps”, “jumps left” (never right) and then continues onward like nothing happened…

I’ve oiled the rails, cleaned the debris (clearly not the issue but did it anyway).

LED 15 is solid on, LED 14 blinking, no other lights are on or flash during raster.

I think you overloaded the controller, are you sure your job is not too big?
Too many layers, too high resolution?

how about the available memory on the controller? did you try to delete some files?

I run directly from a laptop - does it still save them on the laser and cache them? i did reset the laser so would have thought that would have deleted anything that was on there(?) if not how do i delete it.

I run directly from a laptop

Did you try a different USB cable?
Is the USB cable by any chance routed along power wires?

Also, when trying/buying a new cable, make sure to buy a shielded one.
Example: 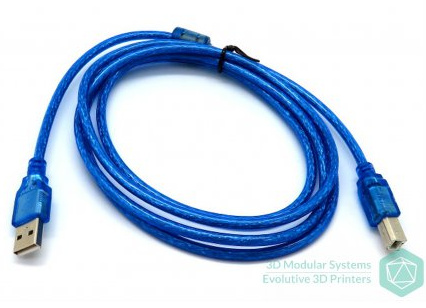 I run directly from a laptop

No i dont do that, but what i was saying is that once the file is transfered from the laptop via the cable then the cable isn’t required from what i gathered - but i have formatted the memory (albeit there was nothing on there)

It may be worth some troubleshooting to determine if either your stepper driver or stepper motor on the X axis is the cause. Also possible, a loose connection of these components that would be exacerbated by the additional movements during engraving.

The outcome of this was debris within the ball bears on the axis, i’m guessing the beeping was just it crying for help.

That’s great. Glad you got it resolved. You were in the right path from the very beginning:

I’ve oiled the rails, cleaned the debris (clearly not the issue but did it anyway).