Weird issue with burning greyscale images, "black" isn't dark at all. Any idea what's going on?

So I’ve been trying to science out settings in Lightburn to draw images well on the Snapmaker 2, and have hit such a weird problem. Areas that are supposed to be black are lighter than most of the grey. what.
I… don’t even have a clue where to begin diagnosing this one. Halp?

I first saw this when drawing a render of a chess pawn, but then saw it was very pronounced in the second test where I was drawing gradients repeatedly in attempt to dial in the optimal speed for drawing greyscale images. Not that I know what I’m doing there either. 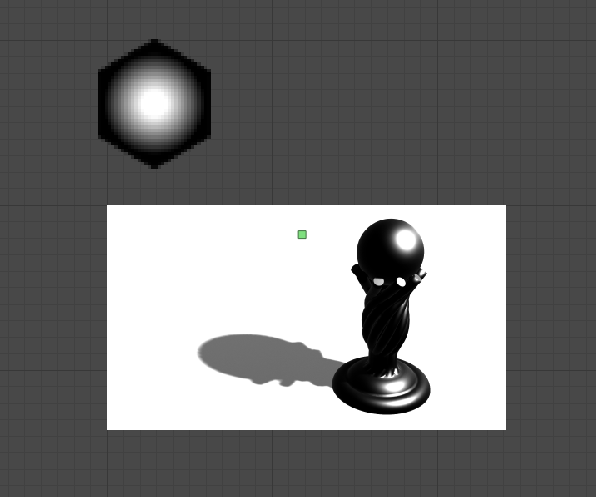 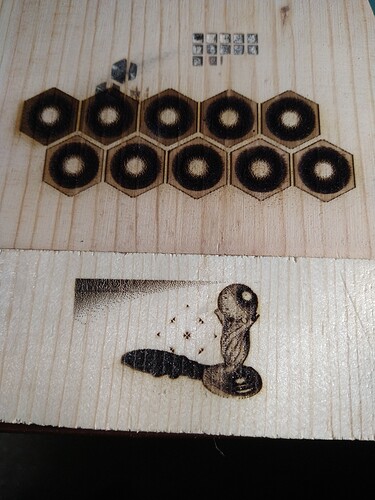 Another user had this same issue and found that dropping the ‘S value max’ setting in LightBurn to 254 (or possibly lower) fixed it, and that it was something about the SnapMaker firmware that didn’t like full-scale output.

Is that mentioned in the forum? I’d love to see that conversation if they found more information.

A quick search revealed this. May be others…

I know nothing about Marlin, but just read a bit on it. It seems similar to grbl. First thing tomorrow morning, I’ll try to burn your file and report what happens.

Huh… More relevant than I thought. First time I saw that I passed it up because I thought inverting colors was a different issue.
This is what they meant by S-Value Max, right? 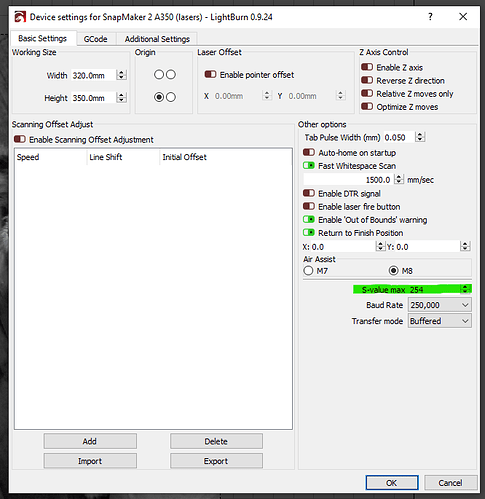