Hi guys
I was guessing if some of you had found the best settings for running Lightburn on a NEJE master 2S Max. The machine fully support the software but I’m pretty sure that some settings can be changed to better perform in cutting and engraving.

let me know if some of you had some experience with that…thank you!

I have the same machine but i can’t find a way to set it up correctly. With the neje software everything is fine but in lightburn even when I set it to 100% power it is something like 1%. I have the 30W diode. And also the homing does not work. I know that there are other topics on this but can’t find where to make the settings. Also in the GRBL flush I set the lowest bundrate.

if some of you had found the best settings for running Lightburn - better perform in cutting and engraving.

Sorry, but perform better that what? What are you trying to cut or engrave? What are your current settings? You have not told us much to go on here.

i can’t find a way to set it up correctly. - …also the homing does not work. - the GRBL flush I set the lowest bundrate.

Have you had the chance to review this? Common Grbl Setups - LightBurn Software Documentation

Here are a couple resources everyone with a NEJE should review:

After much trial and error, playing with settings, reading forum discussions, etc., I am now able to directly control my Neje Master 2 laser with Lightburn. I’m posting a new thread here to help folks searching ‘ze Googles’ for a solution. Things that work: Windows and Mac PWM / Varying power settings in a single file Dithering, greyscale, etc. Cameras Bouncing back and forth between Lightburn and Neje software Pretty much everything except… Things that don’t work: Homing - Maybe the Neje …

This tutorial walks through the necessary steps to combine the Neje Master 2S, the latest version of a widely popular, small-format laser engraver, and Lightburn, one of the easiest to use and intuitive laser engraving software programs.

Rick, you are right, sorry.

Introduction: I’m running the laser on a Mac, at the first moment I’ve downloaded the Neje software but in the meanwhile i was waiting the machine I’ve start using Lightburn. When I’ve installed the neje software it excluded automatically Lightburn and I had to download it again. Did this I’ve tried to connect the laser to Lightburn and after many attempt I was able to do that ( also today when I connect it it takes some trials to connect but after this it works fine).
I’ve checked some video on YouTube finding out one of a guy from Slovenia, thinking that he was right I’ve changed the machine settings but I find out that some of that settings was wrong for me so I re change that settings and now the machine is not failing at positioning.

coming back at the point I’ve focused the laser and start trying to cut some 4 mm plywood but in some points, with 100% power and 300 mm/min 5 passes it was’t able to cut trough! And it took a lot of time to do also simple things like the laser is not at its whole power. 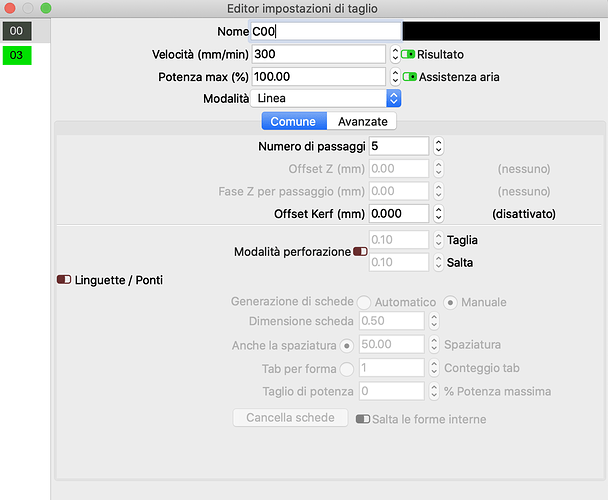 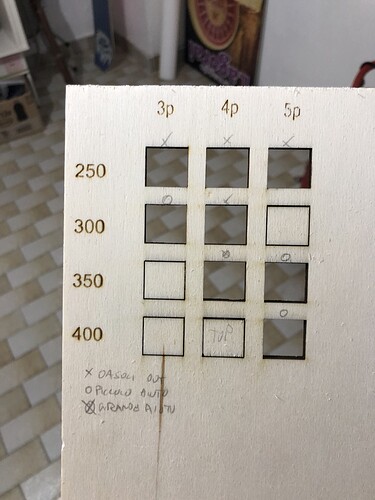 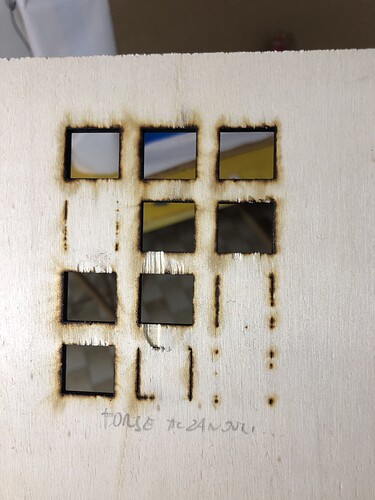 @Rick thank you for the help you can give me. These are my current machine settings… 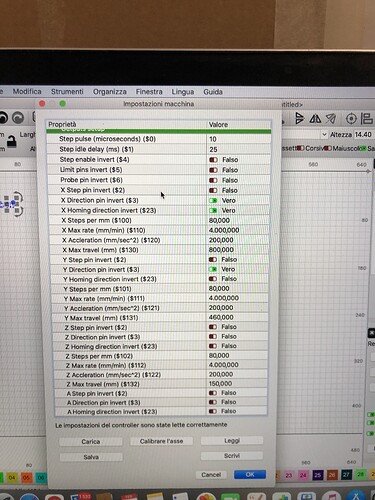