How does Lightburn scale power

Bit of a clumsy title but here goes.
Assuming I run one of those grayscale image files of eyeballs available on the web and find for that my ideal power setting is say 65%.
Now, I come to run a piece that has many shades of grey but no full black areas.
If I run the piece with a max power of 65%, as per the eyeball test will it overburn?
Or does Lightburn assign your maximum power to #000000 (hex for colour black) and scale the power accordingly based upon what your image translates as?
Make sense?

Your question has a few layers of nuance. But the simple answer is no, LB doesn’t take the floor and ceiling darkness values of that particular image and scale the power levels proportionately across those values according to 65% power. It’s kind of the reverse.

scale the power accordingly based upon what your image translates as

… then don’t understand this part. Not sure I understand what you mean by translates as.

Here’s a simple model of how I understand this works. I’ll preface this by saying that this applies for grayscale images on diode lasers.

As stated earlier this only applies to grayscale. Any dithered image doesn’t use variable power assignments in this way and I believe only diode lasers are supported for this.

you pretty much stated what I was trying to get across.
so if max power is set at 65%, min at 0% and I engrave an image in grayscale with a range of tones but none pure white or black then Lightburn will tailor the output power to suit.
yes?

Some of your wording is making me feel like there’s still a disconnect.

Whether or not you have pure white or pure black is irrelevant.

Let’s start with context of what the 65% max power represents. 65% power is 65% power irrespective of burning an image, fill, line, grayscale, etc. It’s literally 65% of max power for the laser module. What that max power translates to in terms of actual output power is unknown to LightBurn.

The entire grayscale range is fit within the upper and lower bounds of power settings. Check out this diagram for examples of how grayscale ranges would map to power % level. 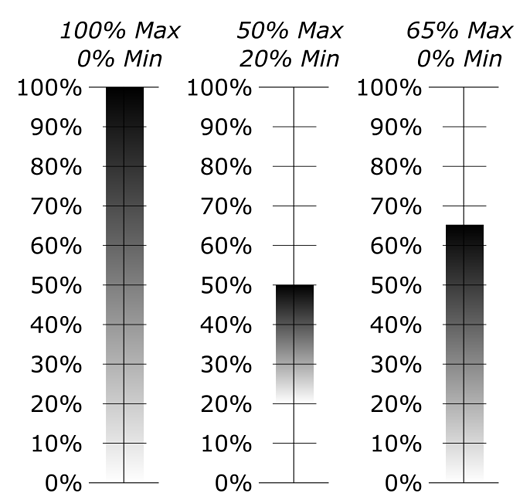 Thank you so much for your assistance!

Just throwing this out there for future thought, it would be incredibly helpful if Lightburn had the option to assess the 0 to 100 scale within the context of your image rather than holding the image to a pure black to pure white scale.

For example, lets say I had an image with tones of gray to white, and I set Lightburn to 65% max power and 10% minimum. Pure white would be assigned 10%, but it would take the darkest tone of gray present in the image and assign that 65%, then scale the rest based on the power/grayscale gradient.

I know that lightburn does NOT do that, but it would be very cool if it would. It would give us the ability to have a much greater range of depth within our image at the click of a button, rather than doing external processing in GIMP or Photoshop and hoping to schmooze it into a good range.

I’m glad someone got some benefit from that post. It took a good bit of validation and time in preparing.

For example, lets say I had an image with tones of gray to white, and I set Lightburn to 65% max power and 10% minimum. Pure white would be assigned 10%, but it would take the darkest tone of gray present in the image and assign that 65%, then scale the rest based on the power/grayscale gradient.

Would this be fundamentally different than using gamma in “Adjust Image”? Or some of other image adjustment settings?

It would automate the process and ensure it was perfectly accurate.

Additionally, adjusting gamma and other settings are more art than science and can be exceptionally helpful for achieving different results than what the image already has contained within itself, but doesn’t hit the mark a lot of the time for me.

For example, I’ve been playing with this purchased stock image for engraving lately (only a small sample of it so I don’t break any rules): 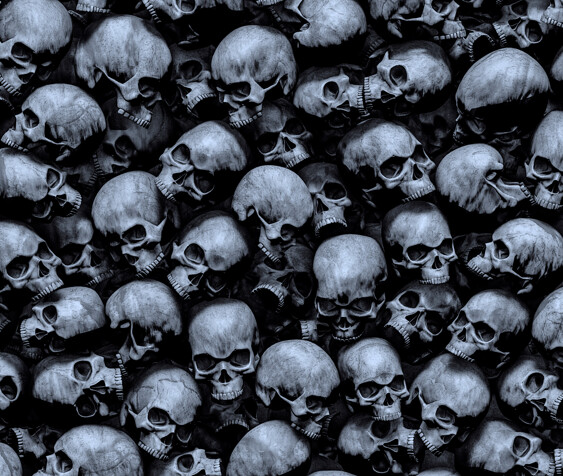 After dozens of iterations of adjusting it, I got it to something that would almost burn properly: 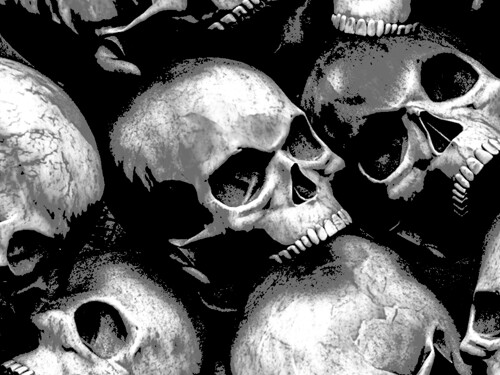 However, the pure black shadows on the skulls are far too dark to look nice right next to the brighter skull bits. So, I adjusted the input black levels on GIMP to reduce its blackest blacks and this will burn much nicer. 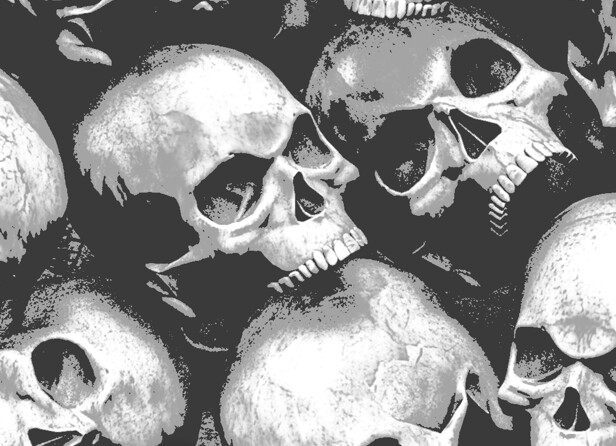 However, now, the image’s self-contained gradient is from white to middling-blackish-gray, so it doesnt take advantage of the full range of black to white for power, and there isn’t a good way that I know of to have it do so aside from setting the power to a higher level than I actually want in Lightburn so it has more difference between the shades (and since theres no true black or anything close to it, it wont fire at the full power I specified).

I’d love to know if I’m misguided. Thanks all your input!

Basically it sounds like you’re asking to take the existing full floor and ceiling grayscale values of the image and scale that across the entire power available min → max power range. I’m curious how well this would work. Exposure, I believe, generally scales logarithmically if I’m remembering correctly, not linearly.

If you’re able you should try to POC the process outside of LightBurn and see how LightBurn behaves. I feel like you’d end up getting banding since you’d be taking a small set of grays and trying to expand that to a wider range. 8-bit grayscale will only have 256 discrete values. Not sure if LightBurn can handle 16-bit grayscale.

@mchaney2003 This is EXACTLY what I was trying to get across.
Thank god it’s not just me!

This is EXACTLY what I was trying to get across.

Just to be clear, what @mchaney2003 is describing is how he’d like this to work. Or at least an option for it. Not how it’s actually working.

@mchaney2003, I’ve modified your example to simulate the effect of treating the low and high values as end-caps of a full grayscale range. Hopefully I’ve done this correctly. But this should simulate the effect you’re after. Try burning this at whatever min/max power is appropriate for you and see if it yields the output you expect. 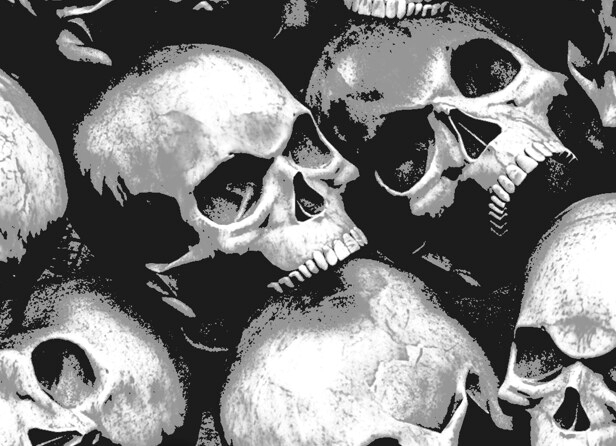 well mark me down as one for the ‘wishes’ team then .